Navistar International Corporation lost $374 million in the second quarter of 2013.

Company officials stated the loss was due to lower sales as the company transitions to different motors and  higher than anticipated warranty costs.

As these operating temperatures increase, a low lubricant level, which might not have been a problem in January, might now result in a costly repair.

ESW CleanTech has acquired the assets of the now defunct Cleaire, a leading manufacturer of diesel particulate-matter filters.

Cleaire ceased operations in January after a costly CARB-mandated recall of their Longmile line of filters.

Officals in the state of Washington have indicated that the Longmile filter may have played a role in the costly 2011 Monastery Fire, compensation for which is currently in litigation. .

According to the California Air Resources Board (CARB), ESW CleanTech will continue to provide technical assistance and warranty support to the Cleaire line of DPFs and will complete the Longmile recall.

ESW CleanTech is a manufacturer of a DPF as well, the ESW ThermaCat.

According to an article in the Oroville Mercury-Register, truckers and growers had a chance last month to redress their grievances about California Air Resources Board regulations in front of some CARB representatives.

Several speakers at the event detailed how the regulations were forcing them out of business. One operator detailed how expensive diesel particulate-matter filter retrofits had cost him thousands and resulted in extensive downtime.

When you purchase an exchange unit from us, you’re buying more than just a transmission, clutch or differential, you’re purchasing the support of a local company that can help you by answering your questions and providing advice based on decades of experience. 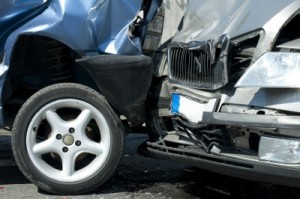 According to the National Insurance Crime Bureau, nearly one quarter of suspected staged accidents in and around Las Vegas, Nevada, in the past 12-18 months have targeted commercial trucks.

Operators who suspect they may have been victims of such accents are encouraged to call (800) TEL-NICB (835-6422) and contact local authorities. 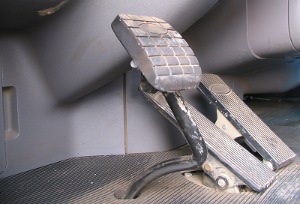 Did you know that when you have us perform your clutch job, we include a free adjustment?

Because we want your clutch to have a long life, we will perform the first adjustment free of charge. Just bring your truck by during normal business hours and we’ll do it while you wait.

Nothing does more to extend the life of your clutch than maintaining proper adjustment.

A clutch out of adjustment can cause the clutch to slip, creating heat, which can break down the friction material.

An easy way to make sure your clutch doesn’t need an adjustment is to ensure you have “free-play.” Free-play is a small gap between the clutch release fork fingers and the throw-out bearing, and you can often feel this gap through the clutch pedal when it’s in its uppermost position.

The move follows two brush fires, allegedly tied to their products as well as an August 2012 recall of their Longmile DPF.

One of these fires, which the Washington State Department of Natural Resources claims was caused by a DPF, burned more than 3000 acres and destroyed nearly 30 homes and more than 70 other structures.

The California Air Resources Board has offered an exemption of sorts for owners of Cleaire filters, saying “ affected owners and fleets will Cleaire filters, as noted in ARB records, will not be penalized for missing deadlines with applicable ARB regulations until this situation is resolved.” 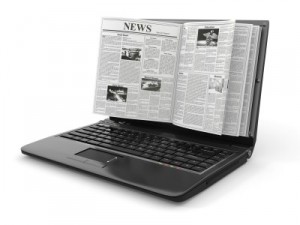 You can receive these by signing up with your email address in the form to the left. Enter your email and hit the “subscribe” button.

We have been able to save customers from expensive and recurring auto-shift-related repair bills with a one-time change over to a more common and more reliable transmission.

If you have issues with such a transmission, give us a call, we might be able to help you get rid of a headache.